On Saturday, April 30, 2011, 143 former students, faculty, and friends of Ackerman School braved the extremely threatening weather situation by gathering at the Ty Cobb Complex for a time of renewing friendships and reconnecting with the current needs and goals of the School. 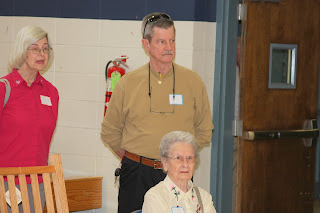 Former students, administration, faculty and friends were welcomed by Dick Burney (class of 1958) who filled in for Reunion President Sonny Ellis who was out of state on business. The posting of colors was done by Sgt. Curt McGee (AHS Class of 1997) and Specialist Chris Newlin followed by the Pledge of Allegiance to the Flag led by Dick Burney.

Choctaw County Superintendent of Education Donna Shea welcomed everyone to campus and thanked them for their continued interest in and involvement with the school. Mrs. Shea expressed her appreciation to the Reunion Group for establishing the Ackerman Reunion Scholarship Fund. 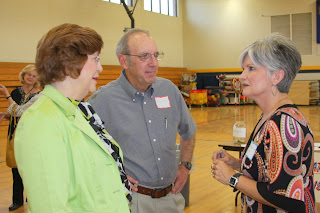 The class with the highest attendance this year was the class of 1961 with 17 members present. The classes of 1957 BS 1971 tied for second place with each having 9 members present.

The eldest man present was class of 1947 graduate Mr. Alvin Coleman. The eldest lady in attendance was Mrs. Ella Staples of the class of 1932. 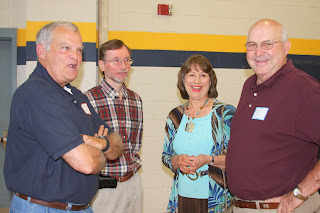 The 2011 Ackerman Reunion Scholarship recipients are: Eboni Suggs, Caleb McMinn, Jacqui Duran and John Taylor. These students will be present their scholarship letters during the AHS Awards Day ceremonies on Monday, May 16, 2011.

The scholarship recipients are nominated each year by their based upon their outstanding moral character and coupled with the following traits: trustworthy, loyal, helpful, friendly, courteous, kind, obedient, cheerful, thrifty, brave, clean and reverent. 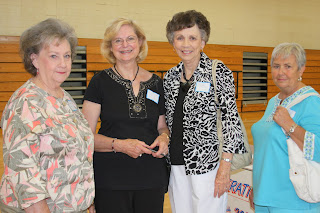 A silent auction was held at this year’s reunion to raise funds for the Ackerman Reunion Scholarship Fund. Funds in excess of $1000.00 were raised this year at the silent auction as a result of the generous donations from those who contributed items and those who made winning bids. 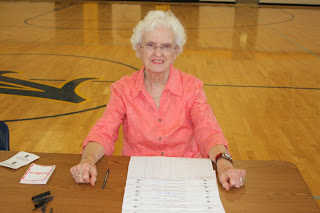 Reunion president Dick Burney asked the attendees to call the names of those who had died during the past year. Among the names called were –Charlsie Gilliam Miles, Doyce Hunt, Hubert “Buddy” Fulgham, Billy Albritton, Fay Wells, Christine Padilla, Marshall Wood, and Mary Ellen Green Oswalt. 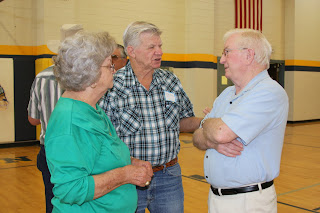 One meaningful way to honor or remember your Ackerman School classmate, teacher, administrator or coach is through a donation to the Ackerman School Reunion Fund in memory or honor of that person. We will gladly send an acknowledgement of your gift (if desired) when we are provided with contact information. In addition, we will post this information on the Ackerman Reunion Website if desired. Our treasurer, Buddy Smith (69), will gladly assist you with memorials/honorariums and can be contacted at 126 Drive 1063, Plantersville, MS 38862. 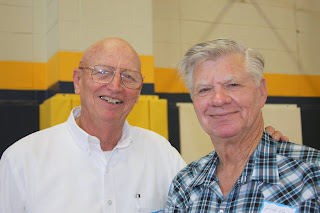 The Ackerman School Reunion group would like to express our appreciation to Joyce Erwin Vaughn (67) for  serving as our photographer for the day.

Save The Date – Please mark your calendars for the 2012 Ackerman School Reunion – Saturday, April 24. 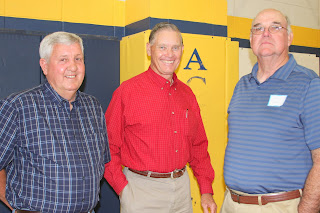